Deprecated: __autoload() is deprecated, use spl_autoload_register() instead in /home/rkxgktjc/public_html/e/wp-includes/compat.php on line 502
 Elizabeth Hunt » Firefox OS Pin the Web

Challenge
Like other mobile operating systems, Mozilla’s Firefox OS distinguished between mobile apps (that users installed on the phone) and web pages (that users viewed in the mobile browser).

Solution
We wanted to remove that artificial distinction so that users could save and revisit any website or web page in the same way they return to their mobile apps.

With the new "Pin the Web" feature, users can pin the content from any website or web page to their home screen by tapping on the overflow menu in the upper right.

The "pin" action was added to the existing Overflow Menu, which included other browser actions like opening a new window and sharing functions. 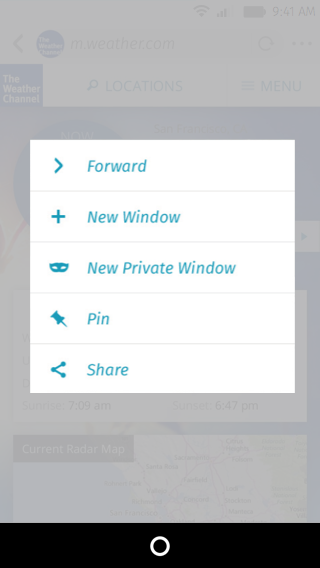 In the Pin dialog screen, users can pin the specific web page, for example, San Francisco Weather, or pin the general website, for example, The Weather Channel.

After the content is saved, the user sees a confirmation message.

Different types of pinned content are displayed differently based on the content’s metadata. For instance, if a web page contains contact information, the metadata from that web page is used to present the pinned content as a “contact.” 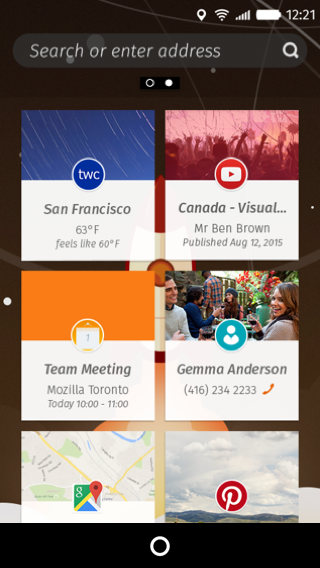 Overview
I was the Lead UX Designer on this project. This project was initially proposed by a Firefox OS engineer. I collaborated with him to user-test and create the experience for Firefox OS users.

Before launching this new Firefox OS feature, we wanted to understand the usefulness and usability of "pinning" for our users. After two days of user testing, we determined that the feature was useful, but would benefit from UI improvements.

In particular, users did not understand the UI for pinning a Page vs pinning a Site. So we made that more clear in the final user experience. 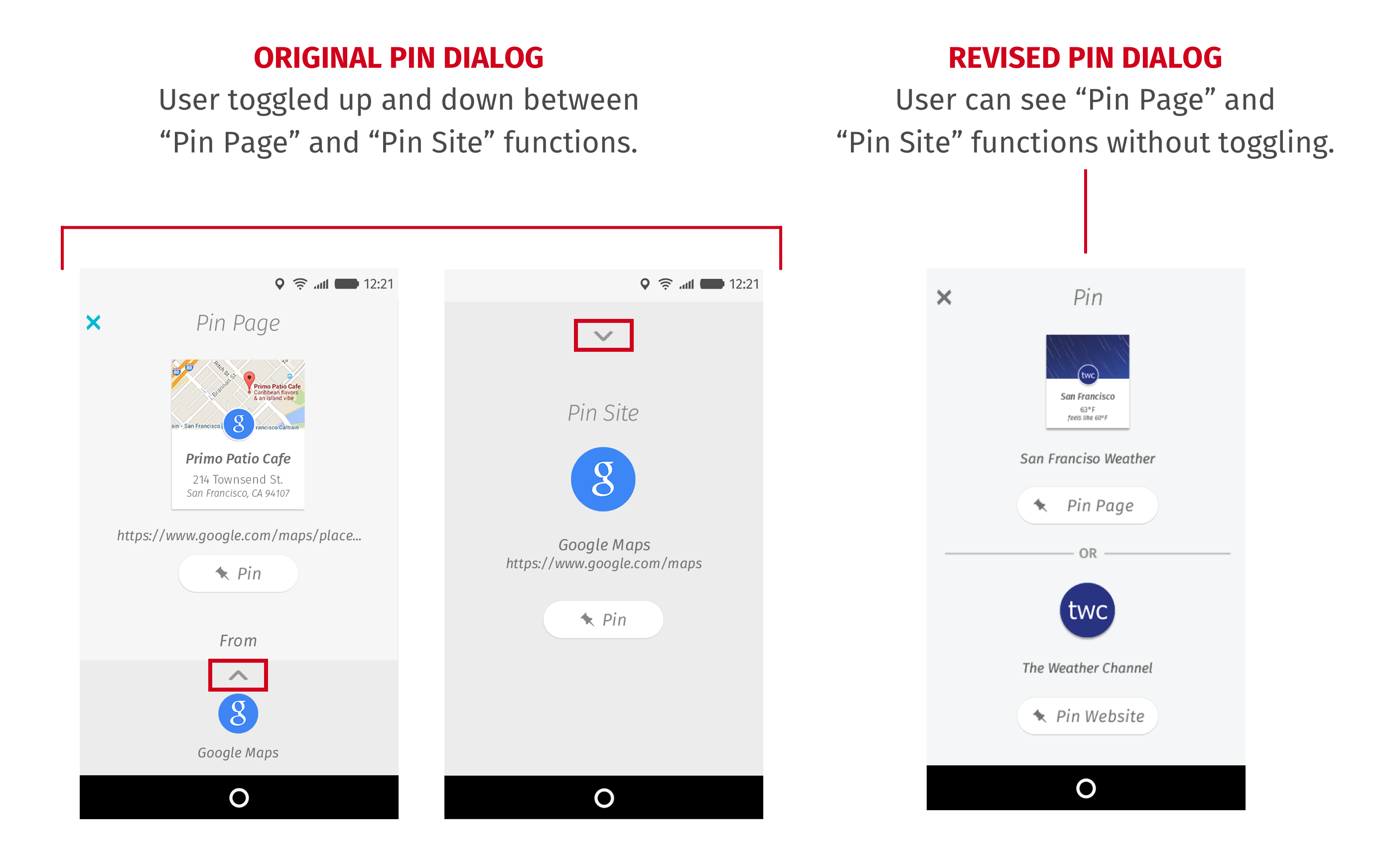 In our first user test, we found that some users were confused by the word "pin." So we tested a variety of different words with a second group of users.

The test wasn't conclusive; there was no clear "winner." Users had a wide range of "save" mental models, from saving a file to bookmarking to pinning (if they were familiar with Pinterest).

So we decided to launch with the "pin" language and planned to evaluate post-launch performance to decide if we should revisit the language again later. 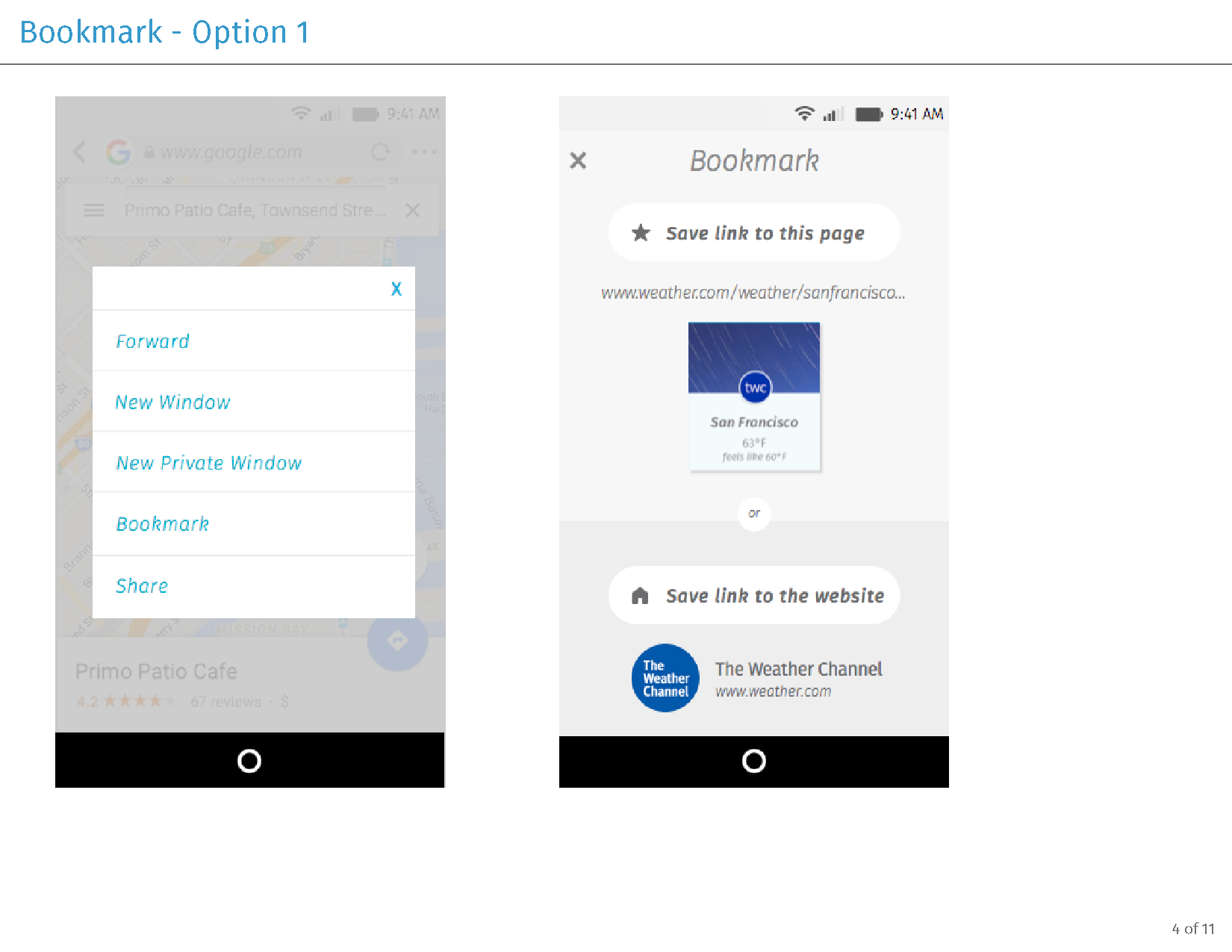