Challenge
Our research showed that, across the apps ecosystem, developer confidence and morale is lowest when it comes to submitting and managing their applications to the app stores.

Solution
We wanted to create a positive app submission (and management) experience for developers. Then use that positive experience as a point of differentiation from our competitors.

Research showed that developers did not enjoy the app submission or management process. For them it was tedious, error-prone, and sometimes confusing. Most important, it took them away from what they wanted to be doing—developing their apps. 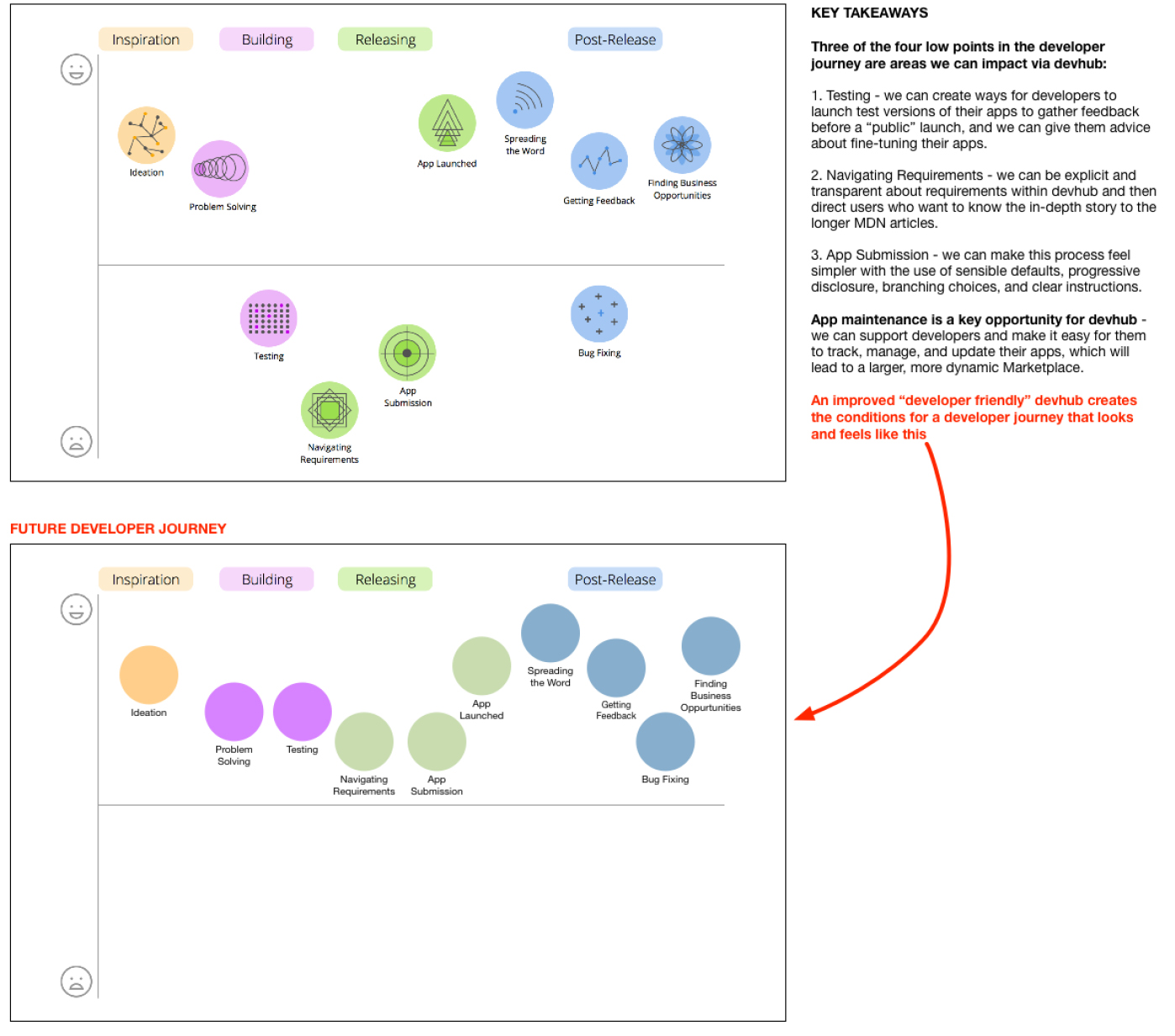 Our goal was to create a "developer friendly" app store, one where developers could easily create and maintain their apps, leading to a larger and more dynamic Marketplace.

To do that we used our research to create a deeper understanding of the activities in the developer experience. 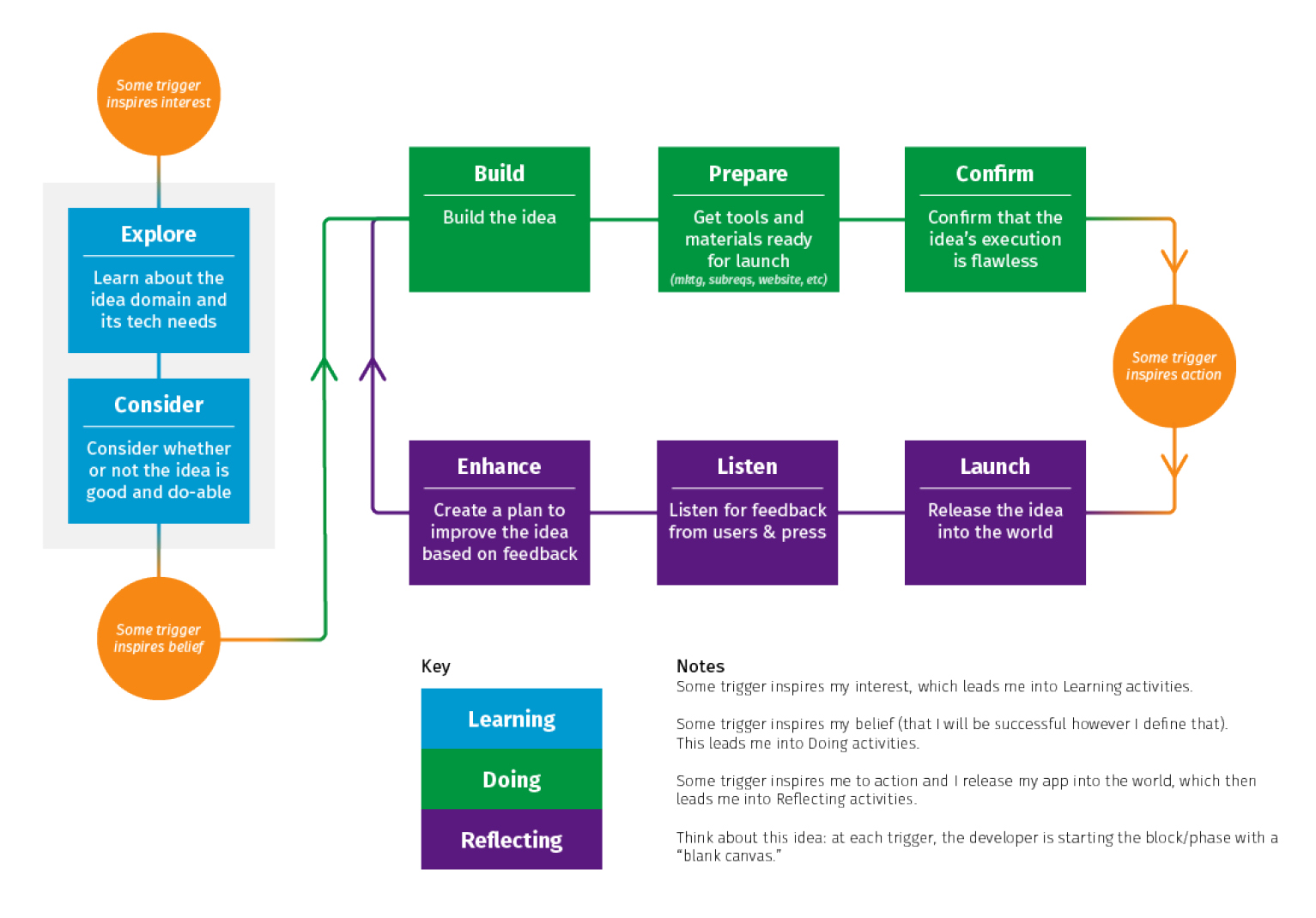 We wanted to target specific points where we could move the app submission process from a negative experience to a positive one. To do that, we analyzed all the tasks developers need to perform throughout the app development lifecycle. 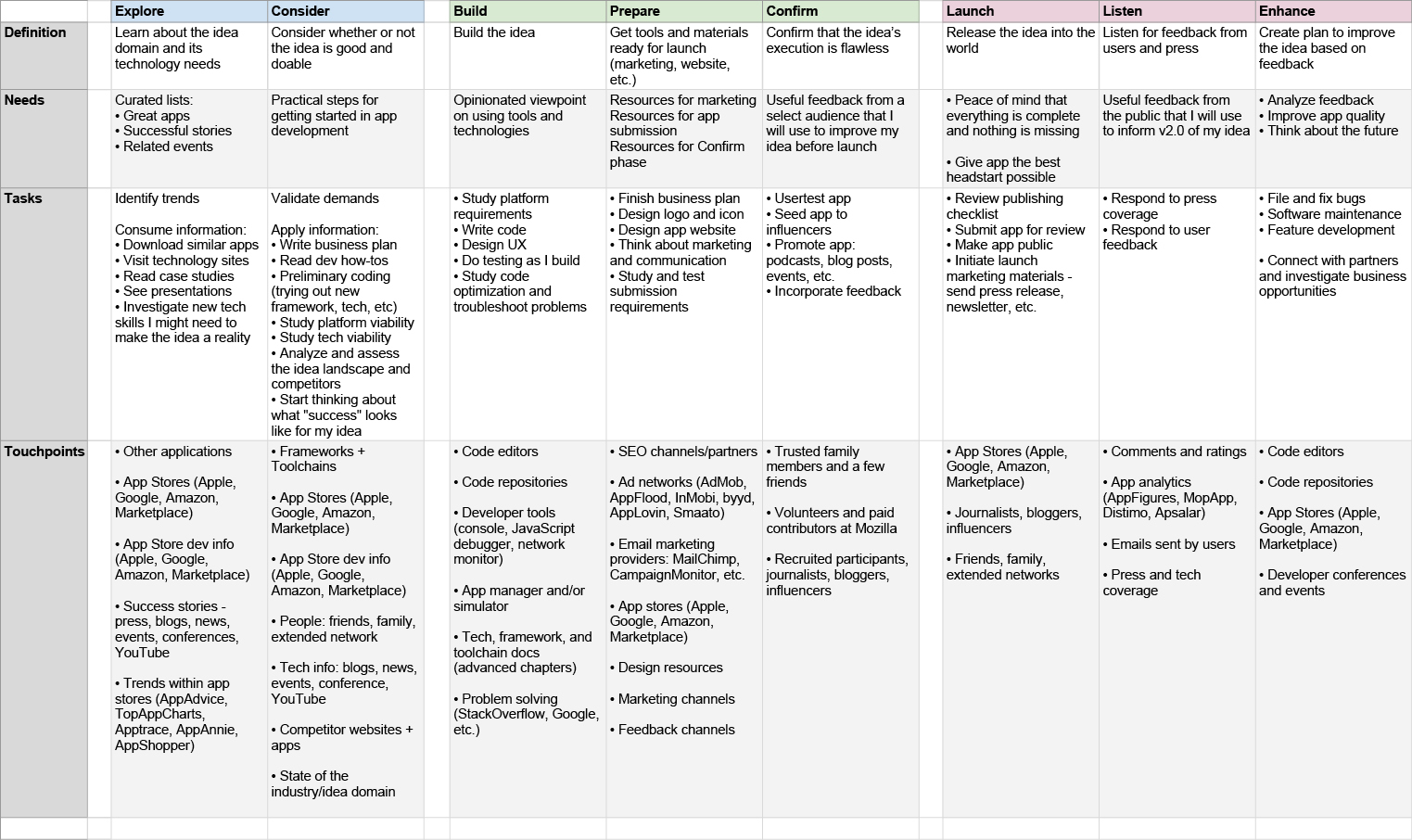 Through our research we learned many developers would prefer not to go through the process of submitting and managing their apps in the app stores. Following a few rounds of concepting, we arrived at two concepts that spoke to that desire.

The first concept is a concierge service, in which developers would "drop off" their app with the Marketplace app store. Marketplace employees (and contributors) would then prepare the app submission for the developer. 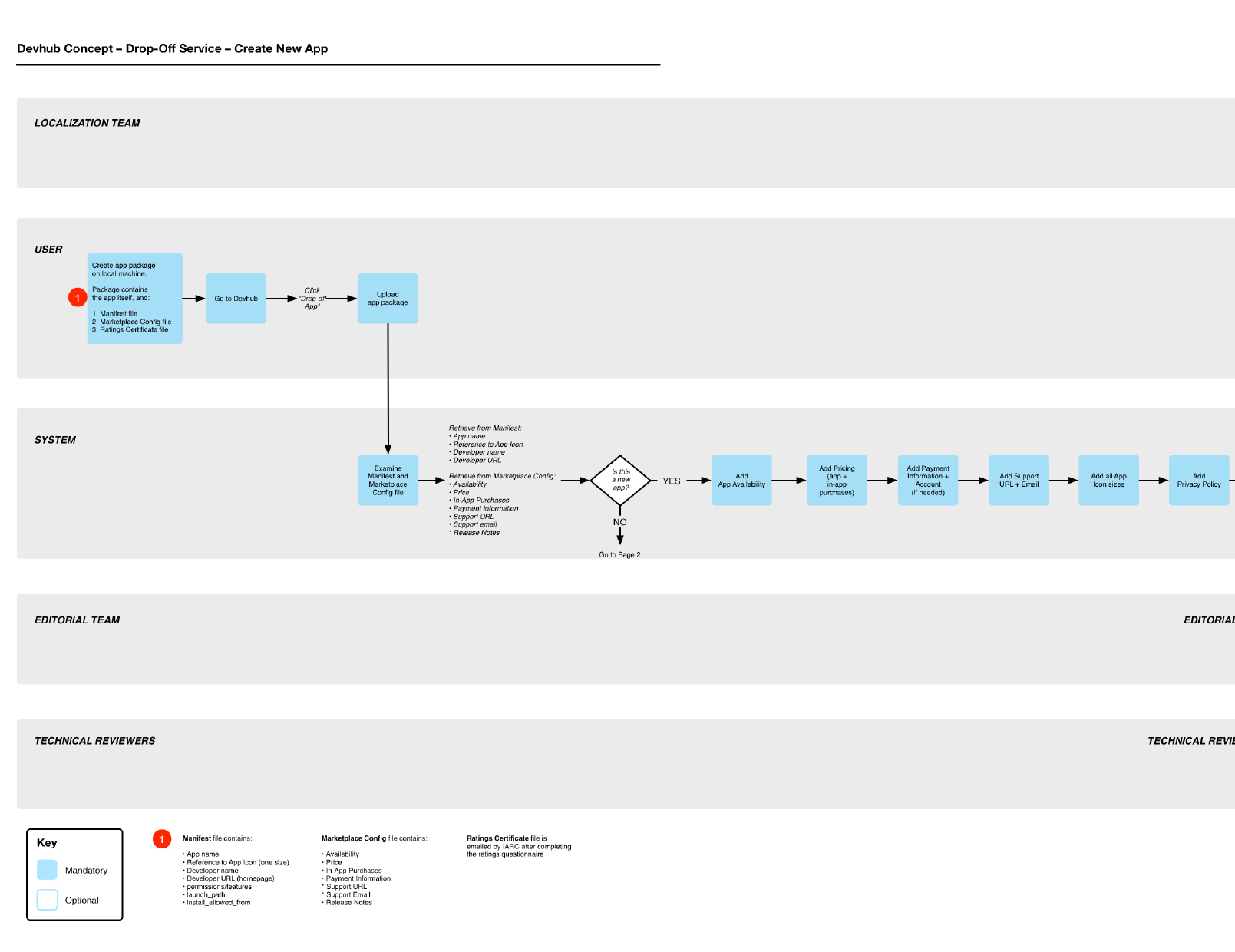 A second concept leveraged the fact that many developers already use Github to version control their apps. In this concept, a developer would create a Github branch of their app called "Marketplace." The Marketplace system would then pull information from that branch, process it, and prepare the app to be submitted to the Marketplace.

While these two concepts could be part of our longer-term strategy for Marketplace, we realized developers faced an immediate problem in creating their app manifest files. The app manifest file provides information about an app (such as name, author, and icon) and is required for submission to any app store.

So we focused our immediate short-term work on improving the instructions for creating an app manifest. We user-tested several versions with developers before launching the final version, which you can see at the link below.

To help developers create accurate app manifest files, we also designed an App Manifest Builder, a wizard-like tool that would step them through the process of creating the app manifest.

We experimented with several prototypes of the App Manifest Builder. Based on developer feedback, we refined the design with fewer steps that captured more information at each step. See an example prototype at the link below. 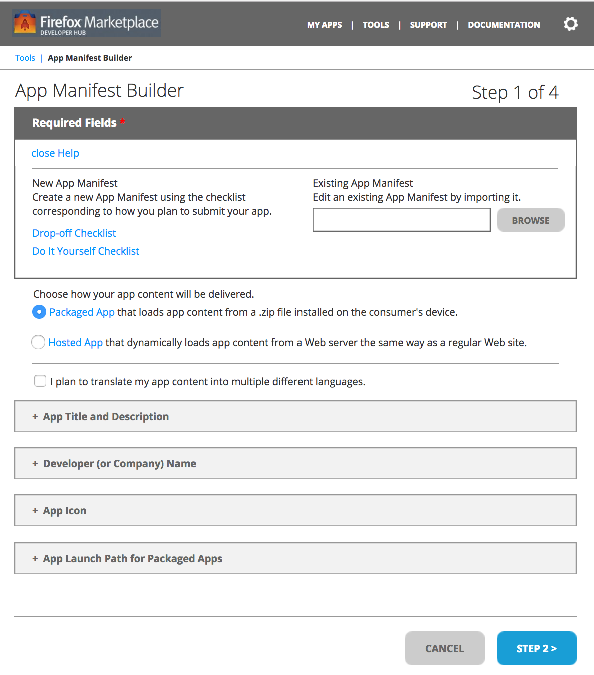 As an advocate for open design, I encouraged the team to do our strategy and design work in the open so that developers outside Mozilla could participate in the process. We posted all of our work on Github, which allowed for easy collaboration with our target audience of developers (many of whom already use Github on a daily basis). See how we did it on Github.